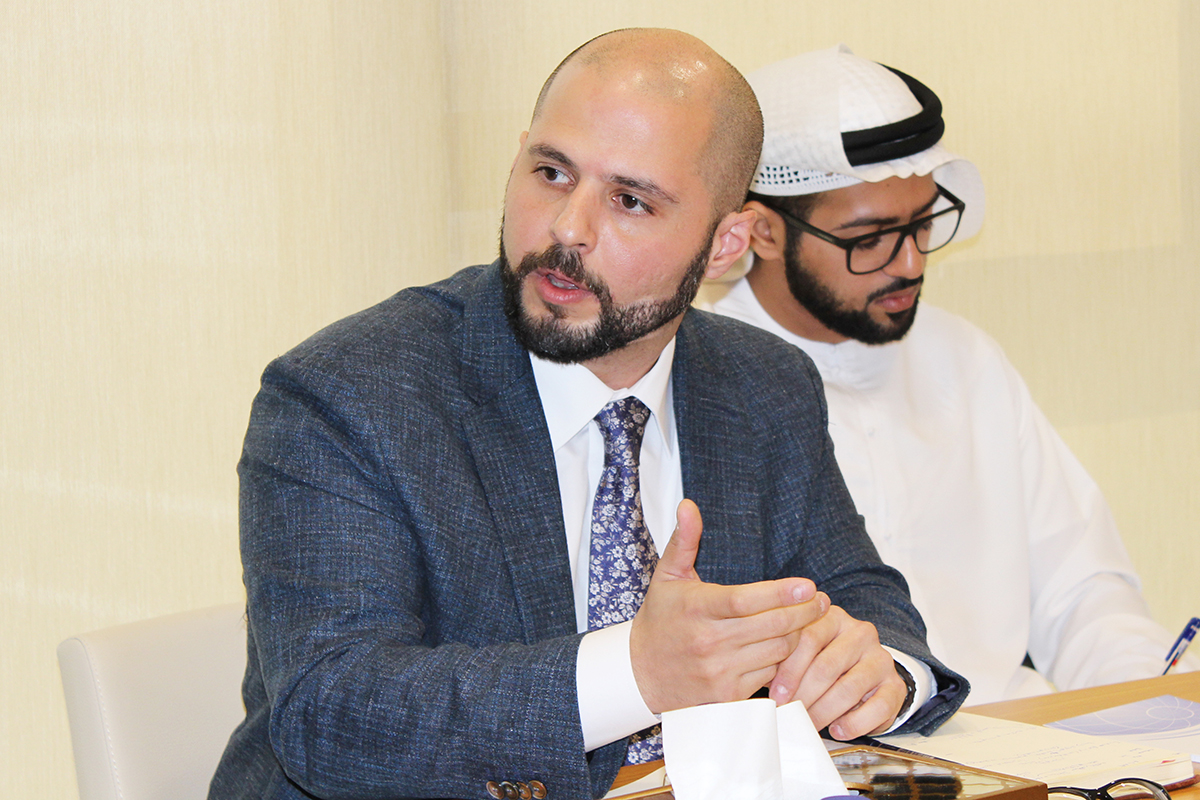 Author Dr. Fanar Haddad discusses various aspects of sectarianism in the Middle East during his talk at TRENDS Research & Advisory

Sectarianism is one of the most over-discussed yet under-analyzed concepts in debates about the Middle East, leading scholar and author of a newly-released book on the subject has said.

During a visit to the TRENDS Research and Advisory office on December 11, Dr. Fanar Haddad said that despite the deluge of commentary, there is little agreement over what really constitutes “sectarianism”.

Dr. Fanar, who is Senior Research Fellow at the Middle East Institute, National University of Singapore, has recently written a book Understanding ‘Sectarianism’: Sunni-Shi’a Relations in the Modern Arab World.

The book – published in November 2019 by C Hurst & Co Publishers – is based on Dr. Haddad’s field research in Iraq.

He is also a Non-Resident Senior Fellow at the Middle East Institute, Washington D.C., and Associate Fellow at the International Center for the Study of Radicalization at King’s College London.

During a closed session at TRENDS Research and Advisory, Dr. Fanar explained the various dimensions of sectarianism in Iraq and the Middle East.

Dr. Haddad’s book seeks to move the study of modern sectarian dynamics beyond the analytically paralyzing dichotomies by shifting the focus away from the meaningless “-ism” toward its root, which is sectarian identity.

Looking at the modern history of the Arab world, Dr. Haddad seeks to understand sectarian identity not as a monochrome frame of identification but as a multi-layered concept that operates at various levels – religious, subnational, national and transnational.

According to him, far from a uniquely Middle Eastern, Arab, or Islamic phenomenon, a better understanding of sectarian identity suggests that the many facets of sectarian relations are misleadingly labeled “sectarianism” as echoed in intergroup relations worldwide.

On the case in Iraq, the author said that the country is witnessing other forms of protracted uprisings that are uniquely inherent to the Iraqi social fabric.

In the words of Dr. Haddad, the protests have limited power given that the critical mass has not yet been reached and that there has also been no disruption to the oil sector.

Dr. Haddad said that the protests will lead to some sort of change in the long term. However, he is unsure about what the future holds for the country. As of today, he sees it as a protracted protest movement that will become a quasi-permanent pressure group for the government.

The author said that anti-Iranian sentiment has been rising across Iraq. According to him, the Gulf policies toward Iraq need to shift to a shared marketplace position in the Iraqi political spectrum, given the wealth of other players.

During the discussion, Dr. Haddad also covered different stages of political developments within the Shia community in Iraq and how these correspond to the ongoing protests across the country.

After the session, Dr. Haddad met the representatives of Management, Research and Partnerships and Engagement departments at the TRENDS Research and Advisory. He also held a meeting with the Scientific Advisor at the Center.

The main purpose behind visiting Riyadh was networking with prominent researchers in Saudi Arabia who are focusing on areas that
Wednesday, Nov 27, 2019
12:00 AM - 12:00 AM