Digital platforms and electronic applications are no longer mere means of human interaction in the virtual world, as used to be the case years ago. They have turned recently into tools for disseminating extremist ideas and ideologies, whether by the Muslim Brotherhood and others of their ilk or by the European far-right groups and parties. The features of these platforms and applications make them more widespread and more impactful on young people.

Many electronic applications have appeared recently and have been misused ideologically, such as Clubhouse, which allows its users to conduct direct auditory conversations in closed virtual rooms. Euro Fatwa, made by The European Council for Fatwa and Research – a Dublin-based private foundation founded by the Muslim Brotherhood member Yusuf al-Qaradawi, also promotes the Muslim Brotherhood’s ideas. Besides, other popular digital and social media platforms such as Facebook, Twitter, Instagram, and LinkedIn are also misused ideologically by many extremist and terrorist groups and the European far-right outfits.

Ideological misuse of digital platforms and electronic applications poses a threat to societies’ security and stability and its negative impact on the values of coexistence, tolerance, and moderation. These values are proper foundations of global human fraternity. Therefore, it is a collective international responsibility to confront this issue as it affects world security and stability. Many international calls for technology companies to ban applications misused by these groups, monitor the content being posted on social media, and forbid any ideas that promote extremism and terrorism, or hatred.

This symposium aims to shed light on the network world, which has become the bearer of these groups’ ideologized media discourse or message and explain the dangers of ideological misuse of digital platforms and electronic applications. It also tries to show how to develop a comprehensive strategy that would help protect societies against the negative impacts of these applications. 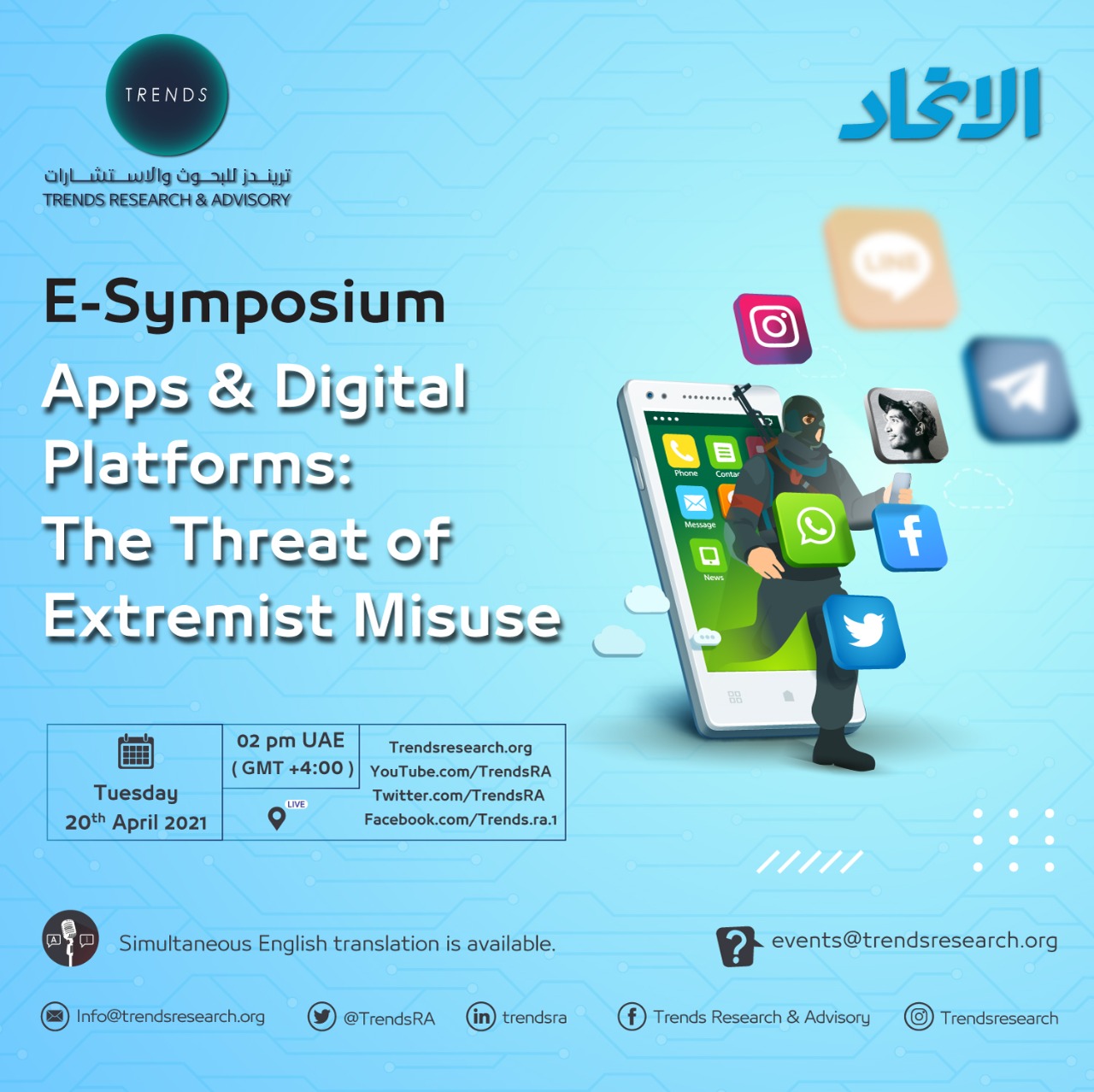 Topics: 1- The Role of Technological Developments in the Future of Global Energy 2- The Impact of Technology on the
Tuesday, Aug 03, 2021

Protecting the Youth from Extremism

In the first lecture of its kind organized by the TRENDS Youth Council for Research short for (TYCR) -  a platform
Tuesday, Jul 06, 2021

Emerging military technologies and the future of global security

The E-Symposium will shed light on new trends in technology and their implications for the future of global security. Key
Wednesday, Feb 24, 2021