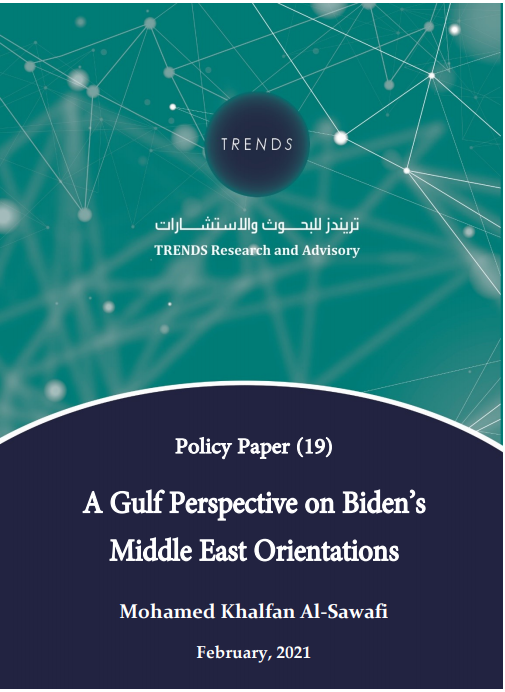 Since the announcement of the US presidential election results, on November 3, 2020, the US and international political circles started discussing US domestic and foreign policies. During the electoral campaign, Biden had relentlessly rejected Trump’s approach on some foreign policy issues. He also declared his intention to reverse his decisions, which harmed US interests.

Speculation was rife over Biden’s approach to the Middle East after demonstrating his willingness to take a different approach to issues and crises facing the Middle East. Most prominent among these was the Iranian nuclear issue. The US is likely to return to the Iranian nuclear deal, the Joint Comprehensive Plan of Action (JCPOA), signed in 2015. Trump announced his decision to withdraw from the agreement in May 2018.

The US policies toward the Middle East will undoubtedly change during Biden’s presidency, and some of them will reflect one way or another on the GCC countries. The Iranian nuclear deal and its repercussions on regional peace will be among these issues. This requires recognizing the extent of the expected changes and their implications on the region and GCC countries. It also requires identifying the actions that these countries should take to cope with a shifting US policy. Whichever way one looks at it, things are going to be different compared to the Trump era.

This paper is divided into a set of primary themes, which seek to highlight the features of Biden’s expected policy toward the Middle East. It discusses the challenges that these policies might encounter and which might hinder them from achieving their objectives. The paper discusses the Gulf countries’ perspectives on Biden’s policies and their steps to respond to Biden’s new policies.

Mr. Mohammed Al-Sawafi is the Director of the Parliamentary Media Department in the UAE’s Federal National Council. He has worked at the Emirates Center for Strategic Studies and Research (ECSSR) as a Researcher in Gulf affairs, Editor in the Media Department, and as Director, Publications Department, at the ECSSR. He holds a Master’s degree in International Relations from Coventry University, UK.

Mr. Al-Sawafi writes articles in several Emirati newspapers on issues related to Political Islam and Iran. His articles have appeared in Al-Ittihad, Al-Bayan, and Al-Ain newspapers. He also writes a monthly column in the National Shield magazine, the Soldier’s Magazine, and the Emirates Culture magazine. Mr. Al-Sawwafi also frequently appears in television talk shows and shares his views on the UAE’s foreign policy.