Al-Bawaba
Highlights
The event, whose motto is “Connecting Minds, Creating the Future,” will also provide the country with opportunities for public diplomacy and to showcase to the world its best attributes, including organizational acumen and sophisticated technology.
By Kristian Alexander Expo 2021 will open its doors to the public on October 8. More than 25 million people are expected to visit Dubai during the six-month long event, the first to be held in the Middle East in the 170-year history of world expositions. A successful fair will surely enhance the United Arab Emirate’s position as a global and regional center for art, culture, innovation, logistics, and event-planning, however, as with any high-profile event, it is vulnerable to security risks.

Most of the coverage regarding Expo has focused on the economic benefits of the event, such as the number of jobs it will create and tourists it will attract, thus boosting the country’s retail and hospitality industries. “[Expo] will affirm [Dubai’s] superiority vis-a-vis other urban centers in the region and its ability to deliver a site that is in line with similar events that have taken place elsewhere in the world,” says Yasser Elsheshtawy from Columbia University’s Graduate School of Architecture, Planning, and Preservation. After the Expo finishes, the event space will be transformed into a high-end, mixed-use development, and the surrounding area will be developed into “Dubai South,” a 145 km2 master-planned city, and an Aerotropolis (Airport City), which will be linked to Al Maktoum International Airport.

The event, whose motto is “Connecting Minds, Creating the Future,” will also provide the country with opportunities for public diplomacy and to showcase to the world its best attributes, including organizational acumen and sophisticated technology. Safe and Sound: Why Dubai Takes Security Seriously The benefits of such a worldwide event, especially at a time of economic uncertainty, are great, however there are potential risks as well. An outbreak stemming from COVID-19 would bring unwelcome international attention, as would any potential terrorist attack, which could lead to significant economic and reputational damages to the UAE.   Dubai has long been ranked as one of the safest cities in the world as per the Safe Cities Index conducted by the Economist Intelligence Unit. The UAE has invested significant resources into security, and the likelihood of an attack occurring is low, however the country understands the significance of Expo and has plans in place to deal with potential threats, which fall into four categories: health, off-site, on-site, and cyber. One Step Ahead: Security Strategies for Expo Holding a worldwide event in the aftermath of a pandemic has elevated the importance of health security. The organizers of Expo will take precautionary measures against an outbreak of the COVID-19 virus and will include implementing hygiene systems, regular disinfection campaigns, body-temperature machines, contactless payment, and proof-of-vaccination protocols. Off-site security concerns include theft and other crimes committed in Dubai or in the region. This category includes the possible targeting of soft (civilian) sites by terrorists. Organizers must also contend with site-specific vulnerabilities unique to the Dubai South Site, and the projected high density of participants and visitors. Although the likelihood of any disruptive breach is highly remote, security experts have repeatedly warned that modern-day terrorists tend to think “outside the box” and have frequently used unconventional methods to attack their targets. The UAE government has already taken several countermeasures to address these on-site security-related matters. The organizational security committee and Dubai police plan to strengthen the event’s protective infrastructure by restricting vehicle parking and installing barriers and bollards to protect pedestrians from vehicular attacks. There are multiple security stations on site that employ CCTV camera surveillance. These cameras are all linked to a command center room via the Oyoon (Eyes) Surveillance system, an Artificial Intelligence-based smart technology. In addition, the organizers have thoroughly screened and trained security guards who have undergone drills to be prepared for any eventuality. One recent strategic training exercise dubbed SADEEM tested the operational competencies and procedures that have been put in place for emergency scenarios. This mock exercise was supervised by the onsite Joint Operations Room, which is also in charge of coordinating efforts and putting in motion the Emergency Response Plan. There is also the potential risk of a sophisticated cyber-attack at such a major event. Expo will be largely data-driven with information being translated into value using advanced technologies such as IoT (Internet of Things) and AI. As evidenced by recent cyber-attacks on pipelines and water plants in the United States, the damage caused by cyber-attacks extends beyond information leaks to critical infrastructure such as power utilities and transportation systems. The reputation of the UAE as a stable, cosmopolitan country will be enhanced with a successful half-year event. To achieve this, organizers must balance the spectacular festivities with security concerns by assessing the hypothetical risks, evaluating the threat credibility of potential assailants, and thinking in terms of critical-asset protection, risk management and worst-case scenarios. Stakeholders must strategically anticipate, prevent, and minimize identified risks, and prepare contingency plans to mitigate possible damages. So far, the UAE has demonstrated foresight and resilience, both physically and managerially, by implementing the best practices in the field of security to ensure a smooth and safe staging of Expo. 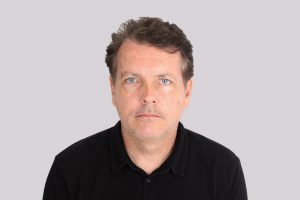 Dr. Kristian Alexander is a Senior Fellow at TRENDS Research & Advisory in Abu Dhabi, where he is the Director of the International Security & Terrorism Program. He is also an adviser at Gulf State Analytics (GSA), a Washington-based geopolitical risk consultancy. The views expressed in this article do not necessarily reflect those of Al Bawaba News.
Reference: https://bit.ly/3fJ2oJg