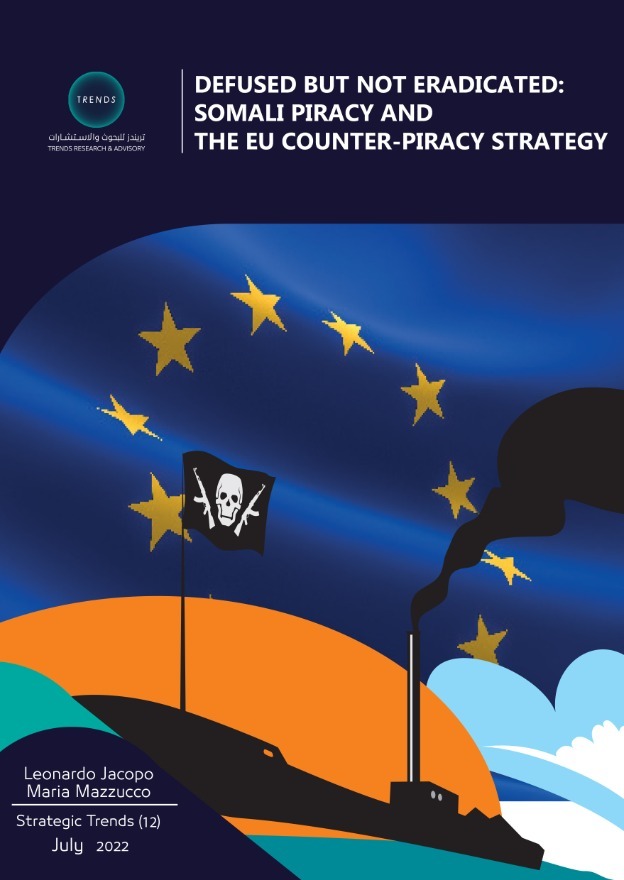 DEFUSED BUT NOT ERADICATED: SOMALI PIRACY AND THE EU COUNTER-PIRACY STRATEGY

The waters off the Somali coast represent a strategic passage on the global maritime map and a critical intersection for sea routes connecting ports worldwide. With criminal networks weaponizing the global maritime lanes, the direct and indirect material costs of piracy have highlighted that it is as much a problem for littoral states as it is for the entire globe. In an effort to create a stable and secure water space, the European Union (EU) has taken the initiative to curb piracy off the Somali coast. The EU counter-piracy approach based on three sister missions enabled Brussels to balance between value-based concerns and utility-based justifications, proving that it can be a security provider without denying its normative responsibilities. Though the number of attacks on vessels crossing the Somali water basin has visibly decreased during the last decade and piracy has been brought back to a security challenge of a more manageable proportion, the safety of navigation off the Somali coast still lies on shaky foundations. The fate of maritime security off the Somali coast is deeply intertwined with stabilizing the country’s political turmoil and neutralizing regional tensions. The multifaceted nature of the piracy file requires the definition and implementation of comprehensive strategies integrating military efforts with initiatives specifically tailored to address the root causes of piracy.