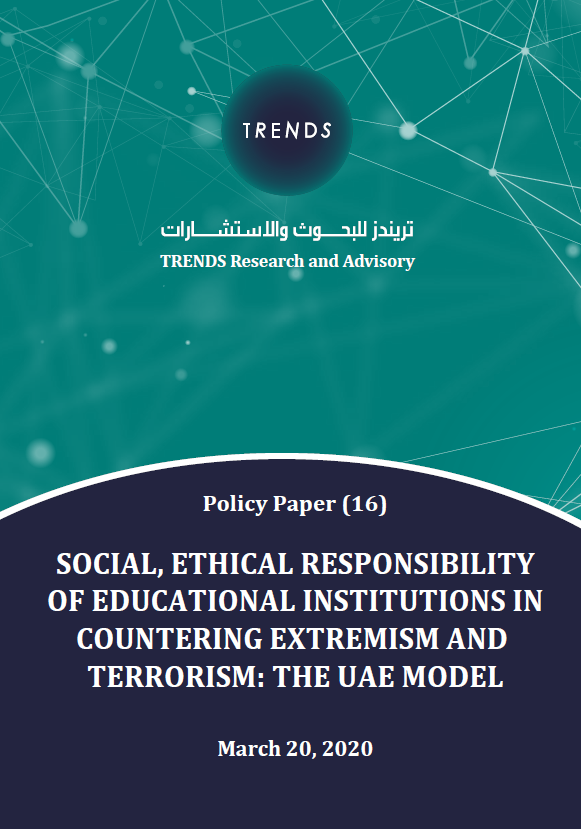 The threat posed by extremism and terrorism is no longer limited to a country or region. Extremist organizations working across borders do not spare anyone while carrying out their operations. The complexity of the threat is reflected, one way or another, in the nature of strategies adopted by countries to address these phenomena. The UAE has been at the forefront of efforts to tackle this problem: efforts made by various institutions in the UAE have been integrated to address extremism and terrorism and support the high level of stability in the country.

In view of the nature of the threat, an emphasis is needed on the importance of working toward developing the social and ethical responsibility of educational institutions, given that they play a key and effective role in countering terrorism. This is especially relevant as such institutions have to cooperate with other institutions in the society while carrying out their role, which reflects the paramount importance of constructing an overarching strategy to counter extremism and terrorism. By safeguarding against extremist ideologies, educational institutions can raise students’ awareness about these threats and entrench a system with positive moral values that protects them against extremist ideas or practices alien to society.