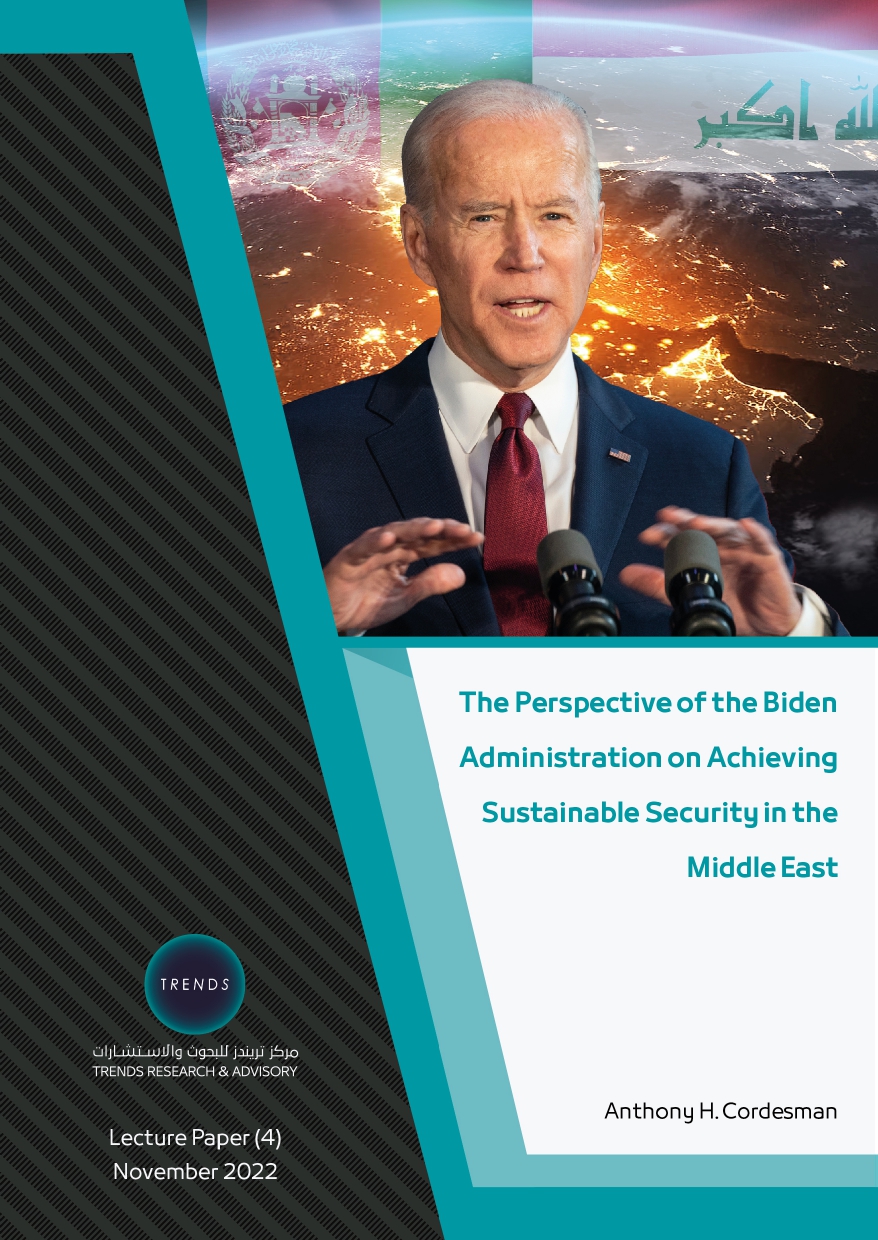 At the time of this writing, the United States and the Biden administration are still seeking to create a new national defense strategy as well as the set of plans, programs, and budgets (PPB) needed to implement one. So far, these efforts share several aspects of the National Security Strategy and the National Defense Strategy that the Trump administration issued in 2017 and 2018, respectively, including a focus on the emergence of China as a rival superpower and the national threats posed by Russia, Iran, and North Korea. At the same time, these efforts seek to create broad regional areas of security and stability as well as deal with three generic global security threats: counterterrorism and counterextremism, non-proliferation of nuclear weapons, and civil conflict.

It is important to stress that the Biden administration is building upon on a weak base. The Trump administration never translated its new strategy documents from broad strategic rhetoric into clear strategic and regional priorities or into any tangible goals and plans to implement the new strategies. The Trump administration never defined its proposed strategy in terms of real plans, programs, and budgets or by making clear changes in U.S. forces and deployments by region. President Trump showed little patience in dealing with such details and fired a number of senior officials like Secretary of Defense Mark T. Esper, who attempted to give them substance.

Instead, President Trump focused on pressing America’s allies to spend more on defense and burden-sharing as well as on the war to break up the ISIS caliphate in Iraq and Syria. Moreover, he decided in 2019 to end the “long war” in Afghanistan, where he felt the U.S. lacked an effective strategic partner in a conflict to which he saw no clear end. He did so by reaching an agreement with the Taliban without creating a functional peace plan and by setting a fixed date of May 1, 2021, for the withdrawal of all U.S. forces.

The U.S. did have some important successes in the Middle East-North Africa (MENA) region during the Trump administration. It did enable Iraq to defeat the ISIS “caliphate,” although it scarcely defeated ISIS in its entirety, as the President claimed. ISIS now maintains surviving affiliates outside Iraq and Syria, and U.S. intelligence estimated in September 2021 that some 8,000 to 16,000 fighters existed in Iraq and Syria.

It did surprisingly little, however, to define how the U.S. should compete with China. Although the U.S. had talked about “rebalancing to Asia” since the Obama administration in 2011, and China was the central focus of President Trump’s new U.S. strategy, the Trump administration still left office without any detailed plans to change U.S. forces to deal with the rising threat from China, the changing threat from Russia, or the future U.S. role in the MENA region or any other major region where U.S. forces were deployed.

The Trump administration did make major adjustments in U.S. relations with Israel, but it left office without having addressed key issues dealing with Libya, Syria, Iraq, Yemen, and especially Iran. It had withdrawn from the JCPOA nuclear agreement but had focused on sanctions while never developing a clear plan for dealing with the Iranian nuclear threat and the broader threat of growing Iranian capability and influence in the MENA region. At the same time, President Trump left the office at a time when the U.S. was reported to be accelerating the withdrawal of combat forces in Iraq and Syria as well as drawing down forces in the MENA area that played a role in the Afghan conflict.

As a result, the Biden administration had surprisingly little to build upon when it came into office. It was, to some extent, forced to submit a limited FY 2021 national security budget proposal (where defense spending approached some $753.4 billion but which lacked any details on a new national security strategy), a Future Years Defense Program (FYDP), and a plan for the global or regional force posture the new administration was seeking. It has since made the development of such plans a key objective but has not announced the details, and the report to Congress of the FY 2021 budget has treated this effort more in terms of service-by-service modernization than as a serious effort to create a new strategy.

The Biden administration has, however, actively rejected the Trump administration’s narrow focus on pressing strategic partners to spend more on burden-sharing. It has restored America’s past emphasis on real strategic partnerships, but it so far has done little more than issue reassuring strategic rhetoric. It has not defined any clear strategy for dealing with China and Russia, strengthening NATO, or dealing with Iran and the instability in the MENA region. It seems unlikely that any tangible structure of its future national security plans and efforts will become clear before the submission of its proposed FY 2023 national security budget in February 2022 – if even by then.