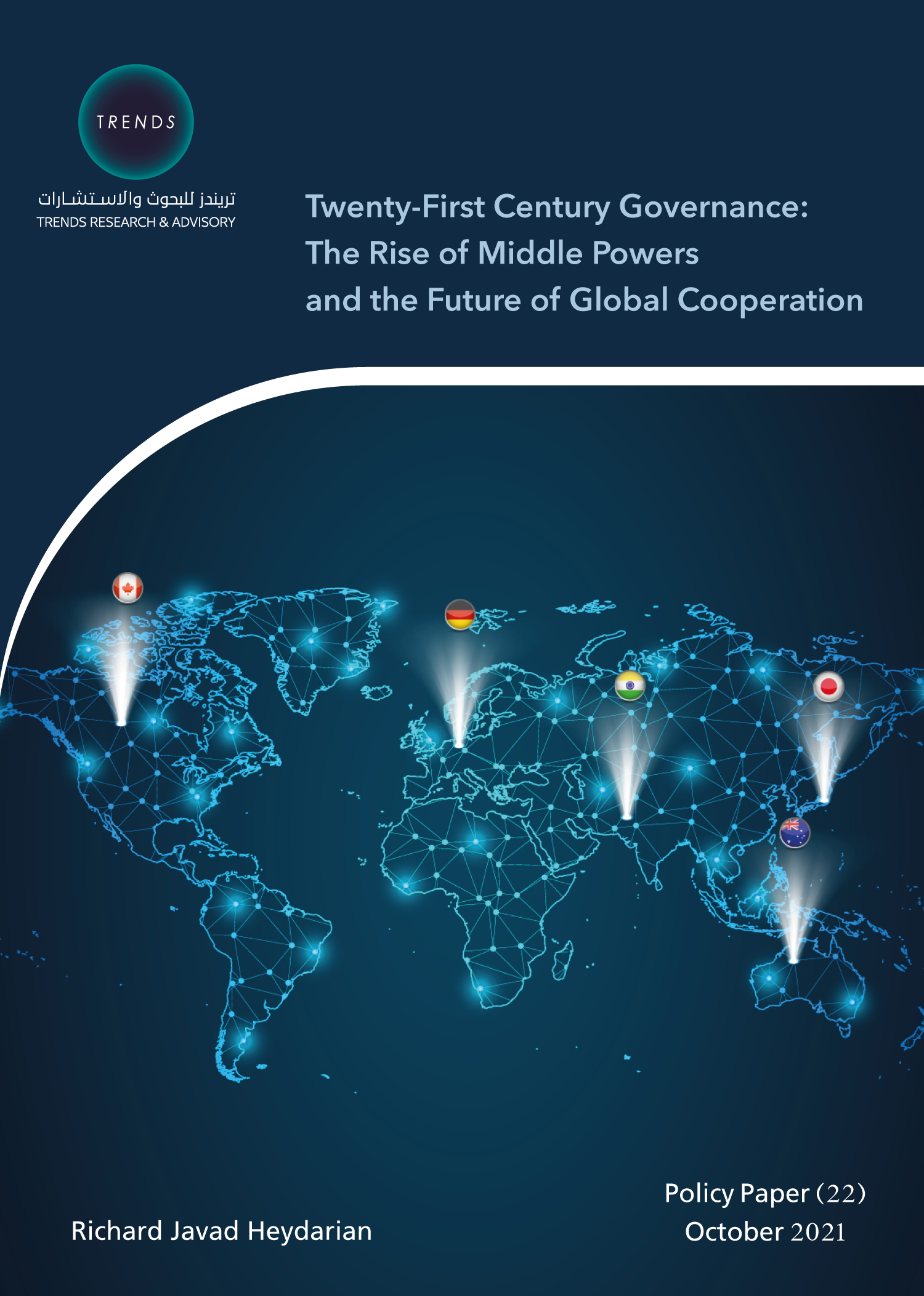 When analyzing the emerging security architecture in Asia, and beyond, pundits often try to draw parallels with historical precedents. Perhaps the most oft-cited historical precedence is the Cold War between the United States and the Soviet Union, thus the new fad of “New Cold War” discourse in recent years. Yet, a cursory look at the contemporary dynamics of international relations reveals a radically different picture with few, if any, precedents in human history. Geopolitics in the 21st century is becoming so complex, unpredictable and contested that it seamlessly escapes the grip of a single or two superpowers.

As dominant as the two superpowers, the United States and China, may be, their political influence and material capabilities, even when combined, will likely be dwarfed by the magnitude of mega-challenges on the horizon. From post-pandemic recovery to mitigating the devastating impact of climate change as well as growing socio-economic disruption brought about by rapid cycles of technological disruption, there is an urgent need for unprecedented regimes of cooperation and coordination, which transcend a narrow Sino-American condominium.

And this is precisely where the middle powers come in, since ‘middle power diplomacy’ is indispensable to 21st century global governance and the preservation of a free, stable and open order. This paper analyzes the nature of middle powers and how they can serve as vortex of stability in their respective neighborhoods, mediate tensions and encourage cooperation between superpowers, and directly contribute to the establishment and preservation of global cooperative regimes to address existential challenges of the century. While superpowers will be a decisive element in any major global regime of cooperation, they are at best a necessary but insufficient part of a bigger puzzle, which will require the buy-in of as well as close coordination among the middle powers.