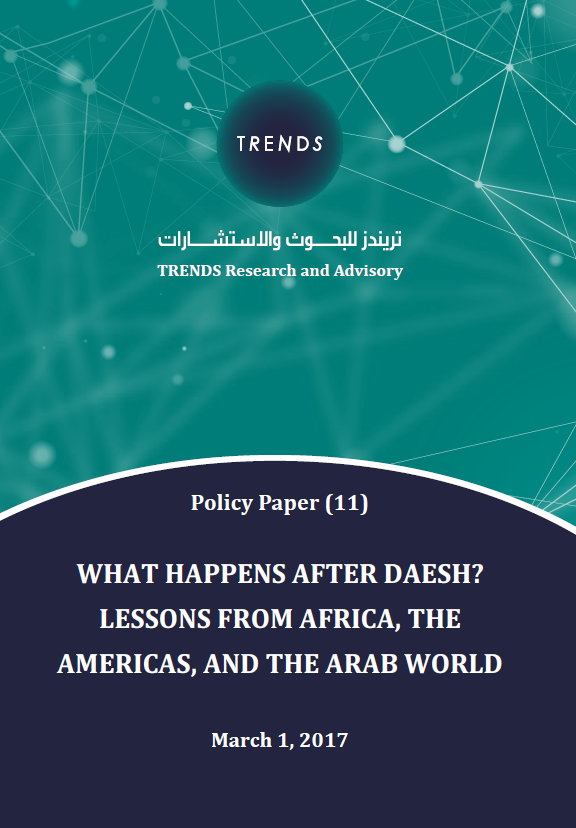 What happens after Daesh? Lessons from Africa, The Americas, and the Arab world

Following the defeat of Islamic State (IS), it is important to think of post-conflict priorities for several reasons. Leaving cities demolished or destabilized in Iraq and Syria risks several detrimental possibilities. The most dangerous of these would be for IS to regroup, re-strategize, and return to its former strongholds by filling the vacuum in the destroyed cities. A lack of basic resources, food and employment could lead to the community’s sympathy and support if any group is able to fill (or perceived to be able to fill) that void. After the defeat of IS, competing strategies and political priorities in the region will mean that the cities liberated from IS control will need to be maintained with a very delicate balance. Following the defeat of IS, an entirely military solution, or one that ignores soft power measures, has potentially strategic disadvantages. Among the measures that need to be taken, there should be a campaign to win back the ‘hearts and minds’ by providing a way out for potential defectors from IS. The authorities should also promote principles of justice and reconciliation for those that have been victimized by IS and its affiliates.

These soft-power elements require support and backing from local communities that are directly affected by the conflict, and each of those localities will need to apply these lessons in a way that best fits their context. If these lessons are not applied or incorporated as part of that long-term strategy, the military “defeat” of IS will only delay the problem long enough for the next terrorist group to emerge.