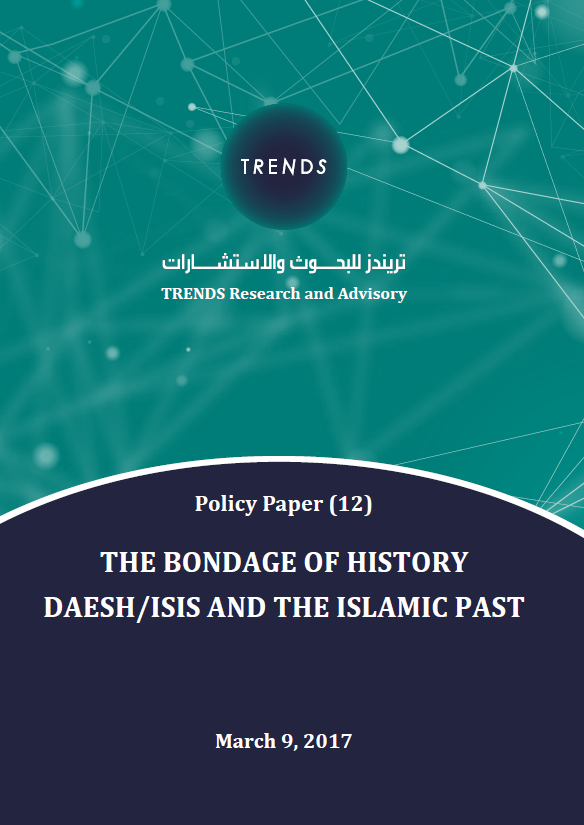 The bondage of history: Daesh/ISIS and the Islamic past

Political organizations often play with history. Terrorist groups are, of course, organizations with political agendas and it should come as no surprise that the use and abuse of history as a tool also applies to Salafi-Jihadist terrorist groups. Islamic State (IS) largely ignores or distorts the period of more than thirteen centuries of Islamic history since the time of the Prophet Muhammad (PBUH). Propaganda based on this period illustrates how IS use and abuse Islamic history. For IS, the “return” of the Caliphate meant a new dispensation in the world, with many other borders to fall. The message was particularly tailored to Arab Muslim audiences raised with the concept that colonialism had divided them, weakened them fatally before their enemies, and prevented them from regaining their former greatness.

IS propaganda actually disseminates an image of historic Islam reduced to the “book and the sword.” Their version of Islamic history is in reality a rejection of a glorious, complicated reality. IS propaganda actually robs Muslims of the overwhelming part of their historical, religious, political and cultural heritage in exchange for a past that never was and a future that will never will be. The IS history of Islam as expressed in its propaganda videos is actually a reflection of itself: shallow, glossy, zealous, bloody and very precariously tied with the lived experience of a great civilization.