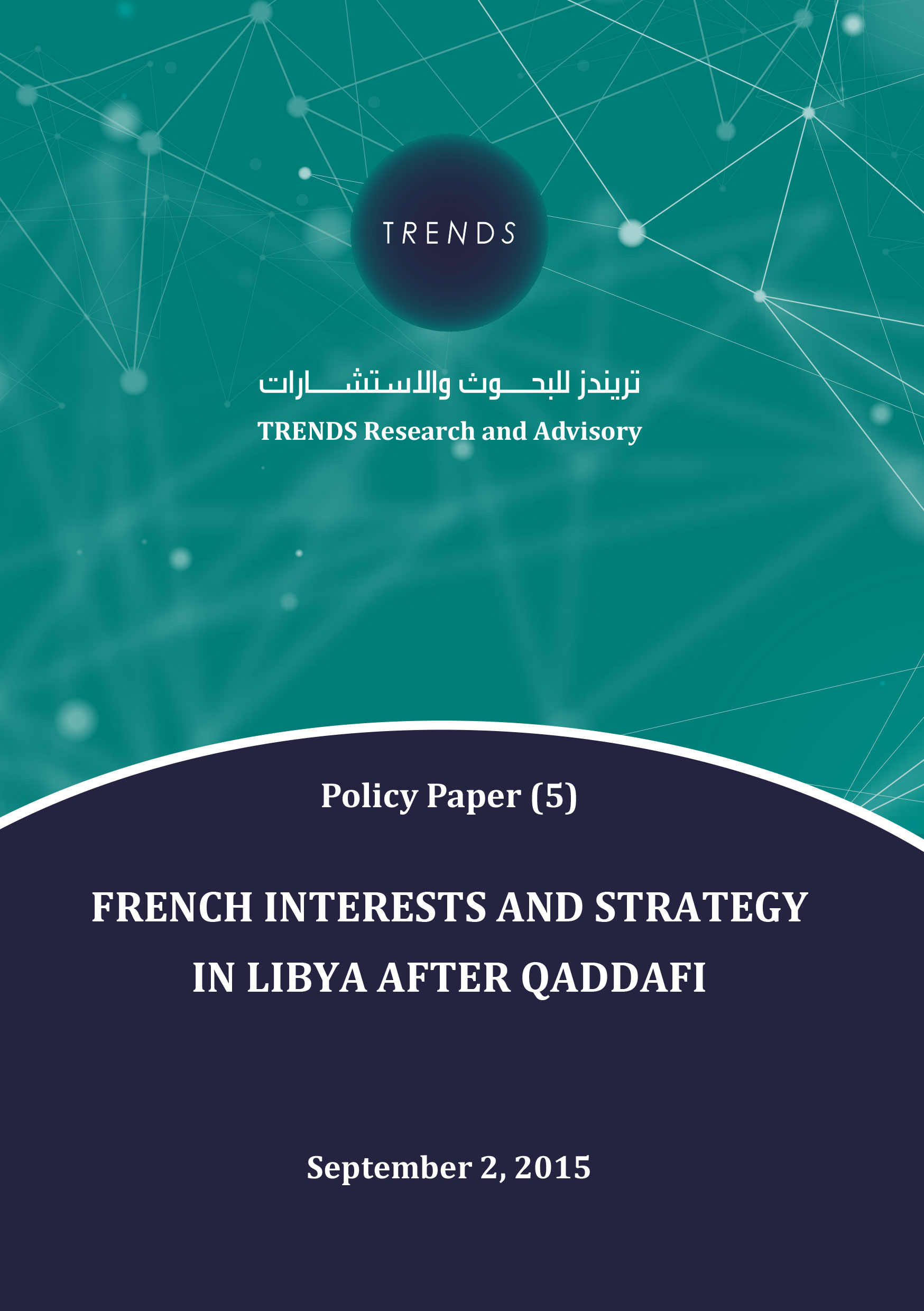 French interests and strategy in libya after qaddafi

With regards to Libya, French interests center on stabilizing the fragmented situation that has existed in the country since the fall of the Qaddafi regime in 2011. Along with other international actors, Paris is deeply concerned about the danger of a terrorist haven emerging on the southern shore of the Mediterranean. France is also concerned about the danger of a spillover of insurgency into the Sahel after Tuareg fighters employed by the previous regime established a presence in northern Mali.

Such a development threatens to export terrorism to neighboring countries and further beyond into sub-Saharan Africa. Libya is also a major departure point for migrants seeking to enter Europe. The French military has employed a strategy of containment and interdiction, though this has proved difficult given the vast amount of territory that has to be monitored and the survival of terrorist ‘safe havens’ in southern Libya. As result, France has rejected the option of direct military intervention in Libya and instead sought a political solution under UN auspices.