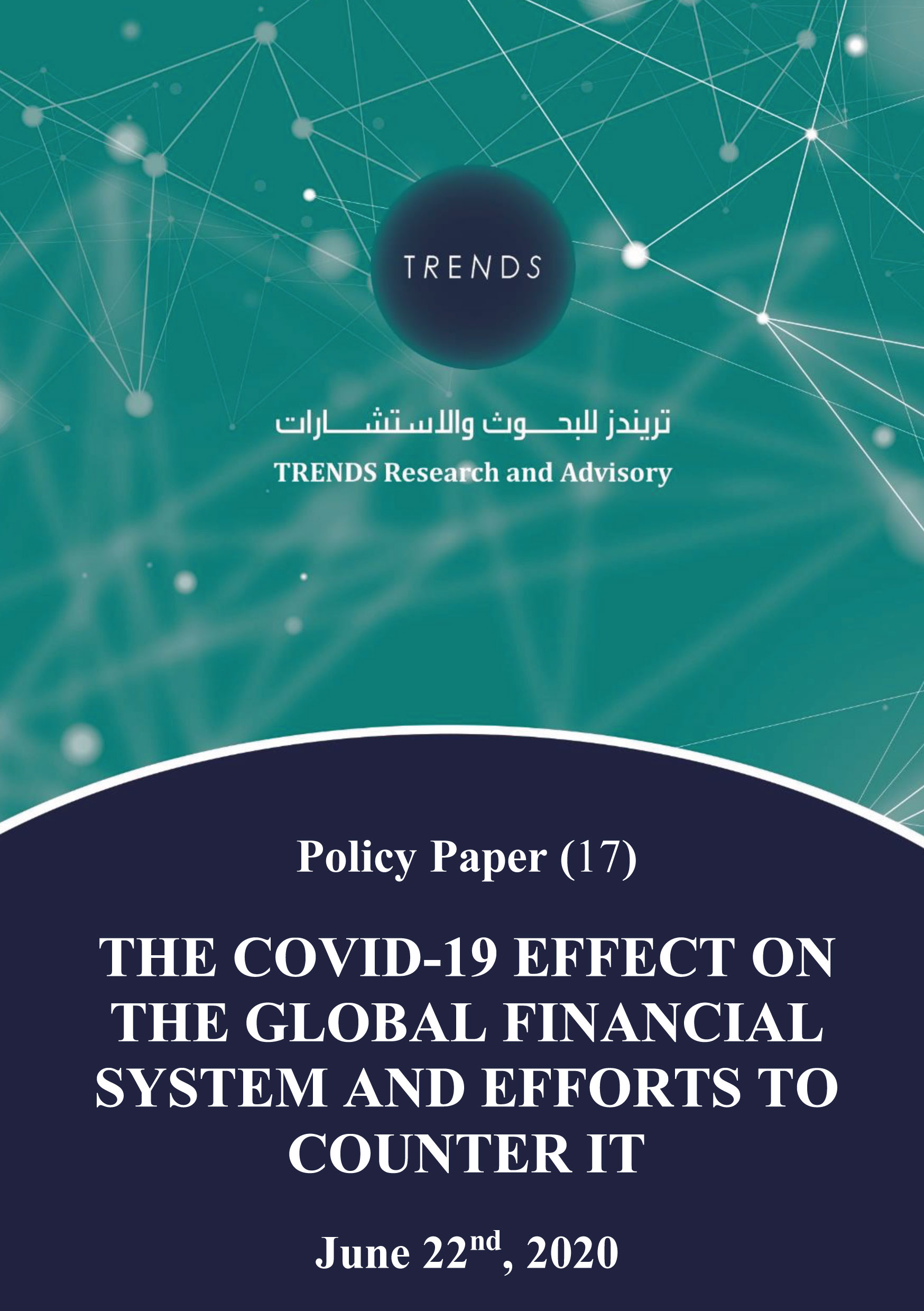 The Covid-19 pandemic has hit the global financial system severely causing a sharp decline in the financial markets since early March 2020. These conditions have been accompanied by a steep drop in oil prices due to the collapse of OPEC+ agreement and expectations of the US economy entering into a recession. The pandemic has caused a sharp decline in stock prices and indices and increased price volatility. Risk margins have increased between private and public debt issuances within countries or advanced economies and emerging markets.

The pandemic has also caused enormous financial losses to investors and a significant shortage of liquidity in the markets. Many emerging markets have experienced a huge outflow of foreign portfolio investments, which has negatively affected the credit rating and future outlook of several countries and increased the cost of external borrowing.

The Covid-19 pandemic has also weakened the financial solvency of private companies, aggravated their losses, and enhanced their need to borrow more. It has become difficult for them to meet their short-term monetary needs to serve their loans, pay taxes, and cover their operating expenses.

Many emerging markets have suffered as a result of pressure on their foreign exchange reserves and exchange rates of their national currencies. As a result, many emerging economies and developing countries have experienced a sharp increase in their foreign currency financing needs, necessitating a strong response from supporters of international funding, whether financial institutions or advanced economies.

The International Monetary Fund (IMF) has been trying to ensure the smooth functioning of the global financial system by assisting its member countries affected by the pandemic. The world body has done this through credit facilities and financing instruments such as Rapid Credit Facility (RCF) and Rapid Financing Instrument (RFI). Through these tools, the IMF has provided about US$ 100 billion in unconditional emergency financial assistance to its member countries.

Financial institutions in most countries have used monetary and fiscal policies to protect their markets from total collapse and to inject liquidity into them to minimize the negative impact of the pandemic. Also, central banks in most countries have taken exceptional measures to ease monetary policies by reducing the official interest rates to record lows, reaching zero in advanced economies. Many central banks in the emerging markets and developing countries have also significantly reduced the official interest rates.

Many central banks have provided liquidity to markets through conventional tools such as Open Market Operations (OMO) or through unconventional programs to buy risky assets. This is in a way similar to what happened after the 2008 global financial crisis. They have also used new methods such as special crisis facilities, corporate bond purchase programs, and provision of credit for private and family businesses at a moderate cost.

To prevent exchange rates from collapsing and ensure a continued flow of liquidity into the markets, many central banks have agreed to boost global dollar liquidity by using their swap lines. Fiscal policy has stimulated some economies through outstanding spending on social programs and direct financial assistance to those affected by Covid-19, in addition to various tax facilities. This measure has increased government budget deficits and public debts.

Despite the efforts made by global and national financial institutions, there are significant future challenges that may potentially impact the global financial system. The most important of these is a substantial increase in bad assets in the balance sheets of central banks. Then comes the high levels of public and private debts, the possibility of growing levels of non-performing loans in banks’ portfolios, a considerable drop in the measures and rates of risk and profitability, and capital solvency of these banks.

There is also the challenge of blurred boundaries between public and private interests and businesses. The private sector supported programs have led to the acquisition of private sector assets by some government bodies, which may lead to more government influence in the future. Moreover, there are fears of a rising tendency to shift away from economic openness and globalization to protect local industries.

Covid-19 has also created several opportunities for members of the global financial system. Most notable among these are increased demand for digital technologies in trade and finance, a rising trend toward cashless societies, increasing opportunities to develop financial and banking services through mobile phones to serve societies which usually have no access to traditional forms of these services. There has also been a rise in international cooperation to safeguard the global financial system through the expansion of measures such as currency swap operations with the reserve-currency countries.