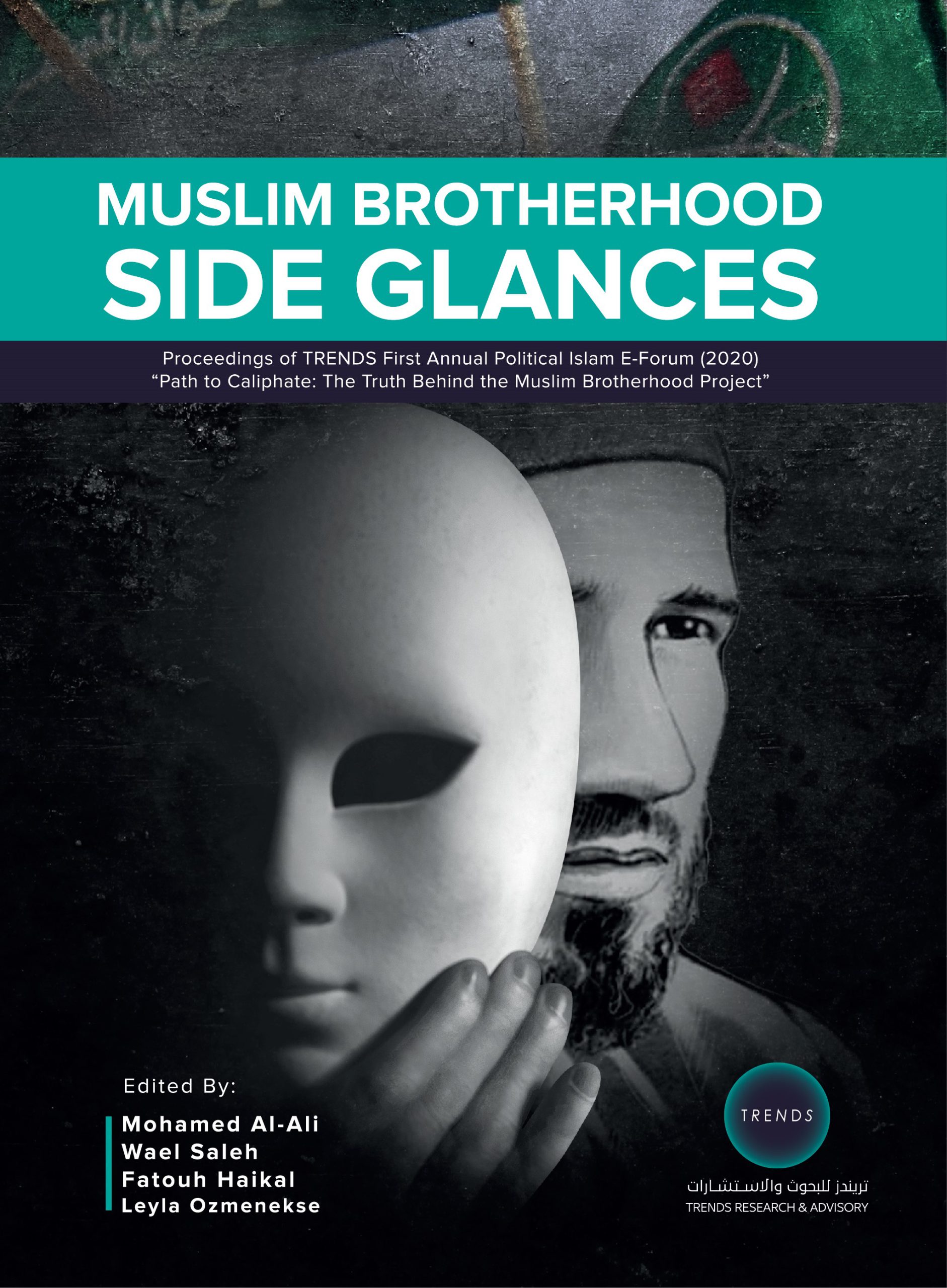 Toward the end of 2010, the so-called Arab Spring offered the Muslim Brotherhood an opportunity to realize its historic dream – the revival of the Caliphate and “mastery of the universe.” However, the group failed the litmus test in Egypt and Tunisia. The events exposed the dichotomy between its ideological slogans and ideas and its political practices. Subsequently, the group could not cope with the requirements of running a government, and its dreams collapsed rapidly.

This book compiles selected papers presented within the framework of TRENDS First Annual Political Islam E-Forum (2020), under the theme “Path to Caliphate: The Truth Behind the Muslim Brotherhood Project,” which was held between 29 September – 22 December. The objective of this E-Forum was to provide a platform for the discussion of various aspects of political Islam and the Muslim Brotherhood organization in particular. A number of experts, researchers, academics and scholars from around the world contributed with their insightful papers, which provide an in-depth analysis of the Muslim Brotherhood’s origins, ideologies, worldly vision, political strategies, funding activities, international expansion, and media discourse.

This book proves that we are only at the beginning of our path in deconstructing literature sympathetic to the Brotherhood, prevailing in some Western academic circles. Researchers tend to limit the experimental approach to studying the Muslim Brotherhood by merely relying on transcriptions and interviews with its leaders. They have applied this method without prior or parallel reading of the Brotherhood’s written foundational texts – which were absorbed, memorized and even sanctified by those leaders and without subsequent comprehensive analysis. In short, some researchers merely rely on recordings of the subject and the people they are studying. They simply repeat the statements offered by the Brotherhood representatives or spokespeople, without subjecting them to scrutiny through proper methodical understanding, interpretation, analysis, and criticism when necessary. In brief, this book aims to deconstruct and criticize the self-narratives of Islamism, and the narratives sympathizing with it, through a critical scientific approach.